Skip to content
Previous Next
The development process of vegetarian food

The development process of vegetarian food

Abstract: Vegetarian diet is a diet that does not eat meat, poultry, seafood and other animal products, and sometimes dairy products and honey are absent or absent.

In modern society, there are more and more vegetarians, and the vegetarian population is becoming younger. Vegetarians also have no sense of moral superiority. Choosing a vegetarian diet is just choosing a diet that is good for their own health, respects other lives, cares for the environment, and conforms to the laws of nature. Vegetarianism has gradually become a lifestyle that conforms to the trend of the times. 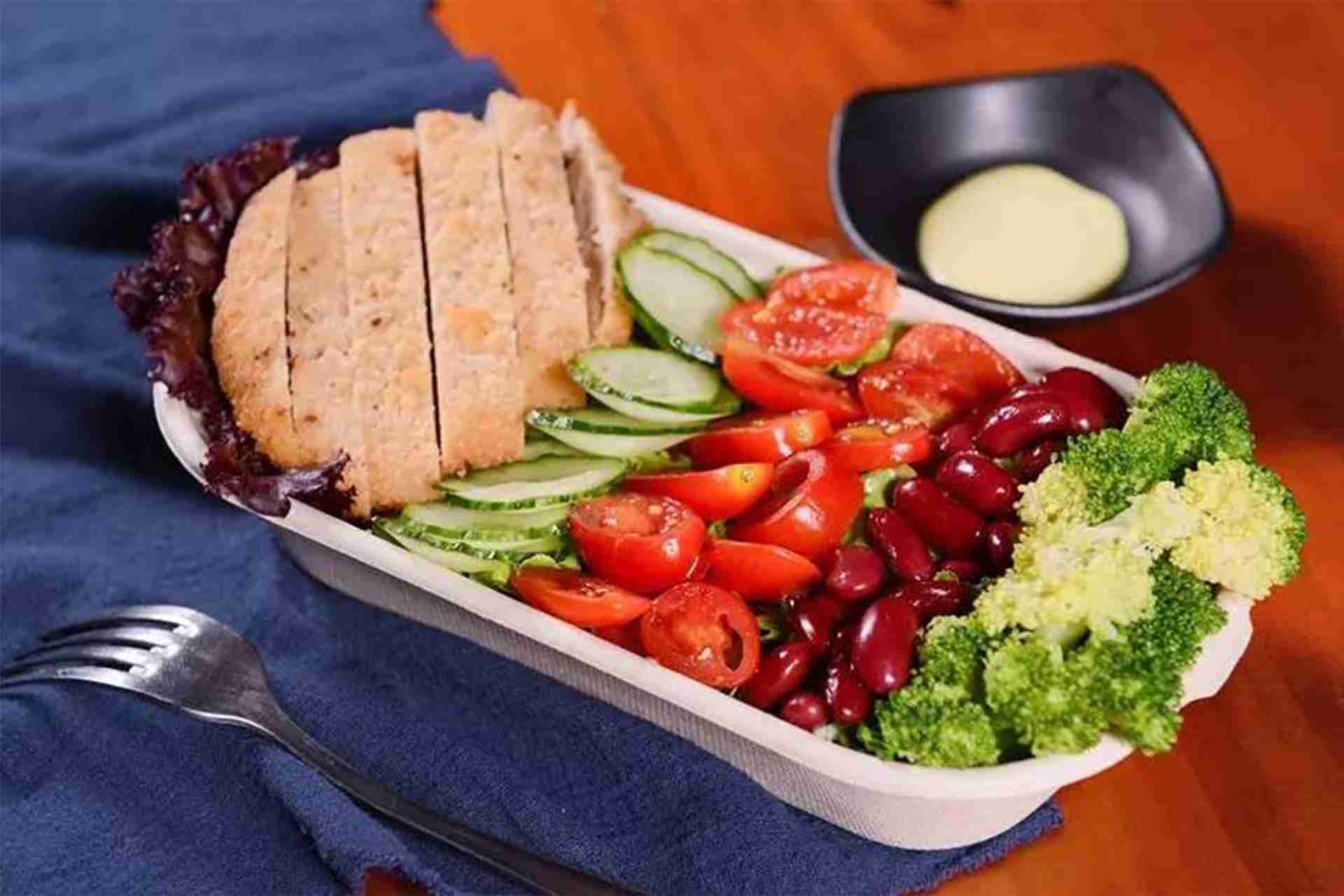 Around 1000 BC, in India and the eastern Mediterranean, there was a trend of advocating vegetarianism. In the Mediterranean region, the earliest vegetarian in history is the Greek philosopher Pythagoras in the sixth century BC. He advocated eliminating meat and replacing it with beans and other vegetarian foods, and demanded of his disciples in this way. Since Plato, many non-Christian philosophers, such as Epicurus and Plutarch, have also advocated vegetarianism. Another Greek philosopher Ampere Dokler in the fifth century BC also held the same view. They advocate vegetarianism because they believe that the soul can reincarnate.

In China, the ancient superstition believed that vegetarianism can express respect for gods, not for protecting animals, and the sacrifices after vegetarianism have to use livestock. In “Mencius Li Lou”, there is: “Although there are wicked people, if you fast and bathe, you can worship God.”

In India, quit killing and eating meat, thinking that humans should not harm any sentient animals, especially their cattle. Since then, although Jainism has gradually declined, the habit of vegetarianism has spread widely, and many upper and even lower castes have accepted the habit of vegetarianism. Not only that, thanks to the spread of Emperor Wu’s ban, vegetarianism began to spread widely in China, as far as most parts of the Chinese cultural circle, such as Japan and Southeast Asia. In ancient times, the emperor of Japan for a long time banned people from eating meat.

There is a record in the Hebrew Bible that humans have not eaten meat since ancient times, and only started eating meat after the flood in the time of Noah. Early Jewish religious groups and Christian leaders believed that meat eating was a cruel and expensive act of luxury. In the centuries after the decline of the Roman Empire, most devout spiritual groups in Europe banned meat, for example, the Cistercians. Although most Christians today no longer believe in vegetarianism, there are still some Cistercian sects that strictly adhere to similar rules and prohibit the eating of meat, fish, and eggs. For example, the Trappists, a sect that separated from the Cistercians in the seventeenth century, opposed the reform movement, and its followers still believe in vegetarianism.

Although many Muslims do not approve of vegetarianism, some Sufi mystics believe that people who pursue a spiritual life should be vegetarian. The Muslim emperor Akbar of India in the 16th century regarded vegetarian food as a Sufi custom and praised it.

In Renaissance Europe, meat eating became more and more popular due to the growth of wealth and power.

During the Renaissance, people became popular in vegetarian food (before they thought that vegetarian food was the food of the inferior people), the main reason was the poor storage method at that time, which caused the meat to be easily spoiled, rancid, and maggots. These stale foods are not fresh. It will inevitably lead to poor taste of meat, and people lose their appetite. The same stale meat basically loses its nutrients, and it is easy to spread diseases and worsen the health of the people. During this period, vegetarian food was very popular.

When the Queen Mother Catherine de’ Medici, known as the “Mother of Viciousness”, entered France, she promoted some new dietary measures, the influence of which covered almost all of Europe, and the French people gave up the rude and reckless medieval lifestyle. No longer use a lot of spices to cover up the original taste of meat, but under the new storage method, use spices to highlight the original taste of meat, and re-accept the vegetarian food that was squeezed out by the spice revolution.

But since the 17th century, vegetarianism began to develop in Britain, and more and more religious groups refused to eat meat. Thomas Tryon was a prominent advocate of vegetarianism in the seventeenth century. He advocated the complete rejection of “the flesh of animal companions”. Thomas had a great influence on the Christian faithful. In addition, Thomas’ book “The Way to Health” also impressed the young Benjamin Franklin.

In the 18th century, due to economic, ethical and nutritional reasons, vegetarianism gradually aroused people’s interest. Nutritionist Dr. William Lambe advises his patients to be vegetarian for the treatment of cancer. At this time, almost all modern vegetarianism topics have been discussed, including the waste of agricultural resources. Prominent advocates of vegetarianism in the 18th century included Benjamin Franklin in the United States and Voltaire in France.

Whether it is from the early religious beliefs, or the current emphasis on environmental protection, health, and fashion, vegetarian food has always accompanied people’s lives. According to the development of vegetarian food, it can be roughly divided into the following five stages.

The first stage of tofu period (50 years ago)

Tofu was invented by Liu An, king of Huainan in the Western Han Dynasty. After the Tang dynasty monk Jianzhen traveled east to Japan, he introduced tofu technology to Japan, the Song Dynasty to North Korea, and to Europe, Africa and North America in the 19th century, and then gradually became a worldwide food. However, because tofu is very susceptible to microbial contamination during the production and sales process, it cannot be kept for long. Therefore, the vegetarian era with tofu as the theme is gradually replaced by gluten.

The second stage of gluten period (about 40-50 years ago)

Gluten is a gelatinous mixed protein unique to wheat flour. In fact, gluten has a long history. According to Huang Zhengyi’s “Things Cangzhu” in the Ming Dynasty, gluten was created as early as the Southern and Northern Dynasties. Because of its simple production, more than 40 years ago, vegetarians at that time made gluten into meat dishes-like vegetarian chicken, vegetarian goose and other materials for convenience, nutrition, and taste, making it a great place on the table. main body.

Shiitake mushrooms are delicious, fragrant and nutritious. They contain 17 kinds of amino acids, many of which are necessary for the human body but cannot be synthesized and transformed. It has the functions of fighting cancer, preventing liver cirrhosis, removing blood toxins and lowering cholesterol. However, because of its relatively high price, although it is a very good health food, it was not until more than 20 years ago that the vegetarian industry widely used shiitake mushrooms in the production of materials. In the application of vegetarian food, dried shiitake mushrooms can be made into delicious and delicious vegetarian meat floss, vegetarian beef jerky, vegetarian lamb brisket and other foods through processes such as soaking, squeezing, and crushing.

The fourth stage: Konzhu period (about 10 years ago)

Konjac, also known as konjac, is a perennial herb in the Araceae family. China is the first country to research and use konjac. The main component of konjac is glucomannan, which has the characteristics of crude fiber and low fat. It can effectively eliminate constipation, prevent obesity, reduce blood sugar, blood fat and cholesterol, regulate endocrine, and prevent cancer. , Lipid-lowering, laxative and other magical effects. Medical research shows that konjac can prevent and treat modern diseases such as hyperlipidemia, diabetes, obesity and cardiovascular and cerebrovascular diseases. As early as the Western Han Dynasty, konjac was used to treat diabetes.

The traditional way of eating konjac is to manually process fresh konjac or konjac horns to make gray-black konjac tofu, while modern technology is to make dried konjac into konjac powder, and then use konjac powder to make a variety of bionics Vegetarian foods such as vegetarian squid, vegetarian shrimp, vegetarian waist slices and so on.

In this diversified society, no matter what the reason for vegetarians to join the ranks of vegetarians, it will bring unlimited business opportunities to businessmen, and at the same time promote the development of more vegetarian food technology. Soy protein extract is a revolutionary product born in this era.

Soy protein is the only complete protein from plant sources. Its protein content is twice that of meat, four times that of eggs, and twelve times that of milk. It also contains calcium, folic acid, cellulose, vitamins and phytonutrients. In addition, the isoflavones contained in soy protein can promote the decomposition of fat and reduce cholesterol, while also promoting bone calcification, inhibiting breast cancer cell proliferation, strong antioxidant activity, and protecting vascular endothelial cells and other special functions.

Although there are chronological intervals in the five periods of vegetarian product development, each stage has a certain degree of relevance and permeability. According to relevant experts, extracting essence from plants will be the direction of vegetarian development in the future.