The market for innovative foods such as plant-based meat and eggs and dairy substitutes is growing rapidly. According to Deloitte estimates, global plant-based meat sales will reach $12 billion in 2020 and are expected to reach $30 billion in five years. Experts predict that soon Russians will be eating egg whites and veggie steaks with chickpeas for breakfast.

Russian Deputy Prime Minister and Minister of Industry and Trade Manturov said when attending the Innofood International Food Industry and Agricultural Innovation and Technology Forum that the government should support this development direction and human beings should also change their attitudes towards alternative meat products. He said he himself was “still adapting” to recommendations by manufacturers to replace animal protein with plant protein. Burgers with vegetable patties made from vegetable and chickpea concentrate were on display at the show.

Indeed, modern technology combined with boundless imagination can work wonders. Russian companies have been working on developing vegetarian eggs with a yolk-like substance in the “egg shell”. The 3D-printed plant-based meat from Israeli company Redefine Meat is indistinguishable from regular beef. To this end, scientists developed a computer program to study the structure of meat, developing a method for making plant-based meat based on chickpeas. Through the layer-by-layer accumulation of so-called “bioprinted” organismal tissue, its structure can be controlled, the tissue can be filled with fat and water, and smell and taste can be added, so that the finished product can be as close as possible to real meat. Spain is also developing a technology to produce 500 kilograms of plant-based meat per hour.

The Innofood Forum also showcased R&D achievements in the field of 3D printed food and projects to produce ingredients that Russia has not been able to produce so far. According to data from the World Economic Forum, plant-based meat will account for 10% of the meat market by 2029 due to advances in food technology. 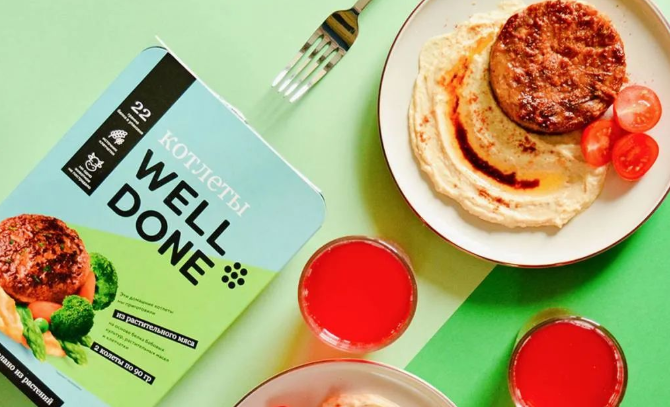 Plant-based meat is the trend for 2021 and 2022, according to Valeria Rodina, executive director of the Federation of Vegan Manufacturers in Russia. Demand for plant-based milk in Russia has increased earlier, and consumers are interested in trying it. This trend continues to grow, but at a slower pace. Plant-based meat manufacturers are aggressively pursuing marketing campaigns, and demand is increasing, which could capture up to 5% of the meat market in the future. Increasingly affordable prices have contributed to this. Prices for plant-based milk and plant-based meat have fallen, and some of these products are even cheaper than traditional foods. So consumers can vote in rubles. The Russian market started to develop rapidly in 2018, after the number of plant-based food manufacturers was small. And most of them are small and medium-sized enterprises, and this business is their main business. But in recent years big players from the traditional sector of agro-industrial complexes have stepped into the field. Its task is to diversify production and capture promising market segments.

This is not groundless, Rokina said, and demand is growing at a rate of 20% every year. Not just vegans, but more and more ordinary consumers are also showing interest in plant-based foods. Flexitarianism is growing in popularity, in which people periodically ditch animal-based foods in favor of plant-based options. While vegetarians are still a major customer group for manufacturers, manufacturers are no longer targeting only vegetarians. Now what they want to convey is that their food is suitable for everyone, free of animal-derived elements, nutritionally balanced, and classified as “green” food. As a result, more and more people are choosing plant-based milks, meats and cheeses to diversify their diets. 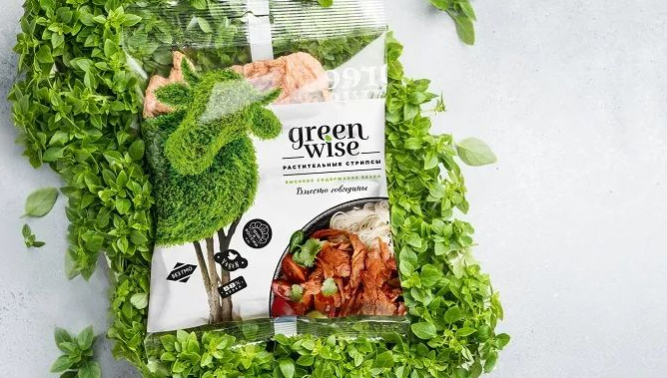