Skip to content
Previous Next
Application of soy protein

Hydration: Soy protein isolate contains many polar groups along its peptide chain backbone, so it has water absorption, water retention and swelling properties. The water absorption capacity of isolated protein is much stronger than concentrated protein, and it is hardly affected by temperature. Protein isolate has the ability to retain water during processing. The highest water retention capacity is 149 g. Protein oil absorption: When protein isolate is added to meat products, it can form an emulsion and gel matrix to prevent fat from moving to the surface and thus play a role. Promote fat absorption or fat binding. It can reduce the loss of fat and juice during the processing of meat products and help maintain the stability of the shape. The oil absorption rate of sub-protein is 154%.

Gelation: It makes the protein isolate have higher viscosity, plasticity and elasticity. It can be used as a carrier for water, as well as a carrier for flavors, sugars and other complexes, which is extremely beneficial to food processing.

Conjunctival: When the meat is chopped, it is coated with a mixture of protein isolate and egg protein on the surface of the fiber to form a film, which is easy to dry, can prevent the smell from dissipating, is conducive to the rehydration process, and provides reasonable rehydration products structure.

1.Meat products:Adding soy protein isolate to higher-grade meat products not only improves the texture and flavor of meat products, but also increases the protein content and strengthens vitamins. Because of its strong functionality, the dosage of 2-5% can retain water, fat, prevent segregation of gravy, improve quality, and improve taste. By injecting the protein isolate injection into meat pieces like ham, and then processing the meat pieces, the yield of ham can be increased by 20%. The protein isolate is used in fried fish cakes, fish rolls or fish sausages, with 40% fish meat. 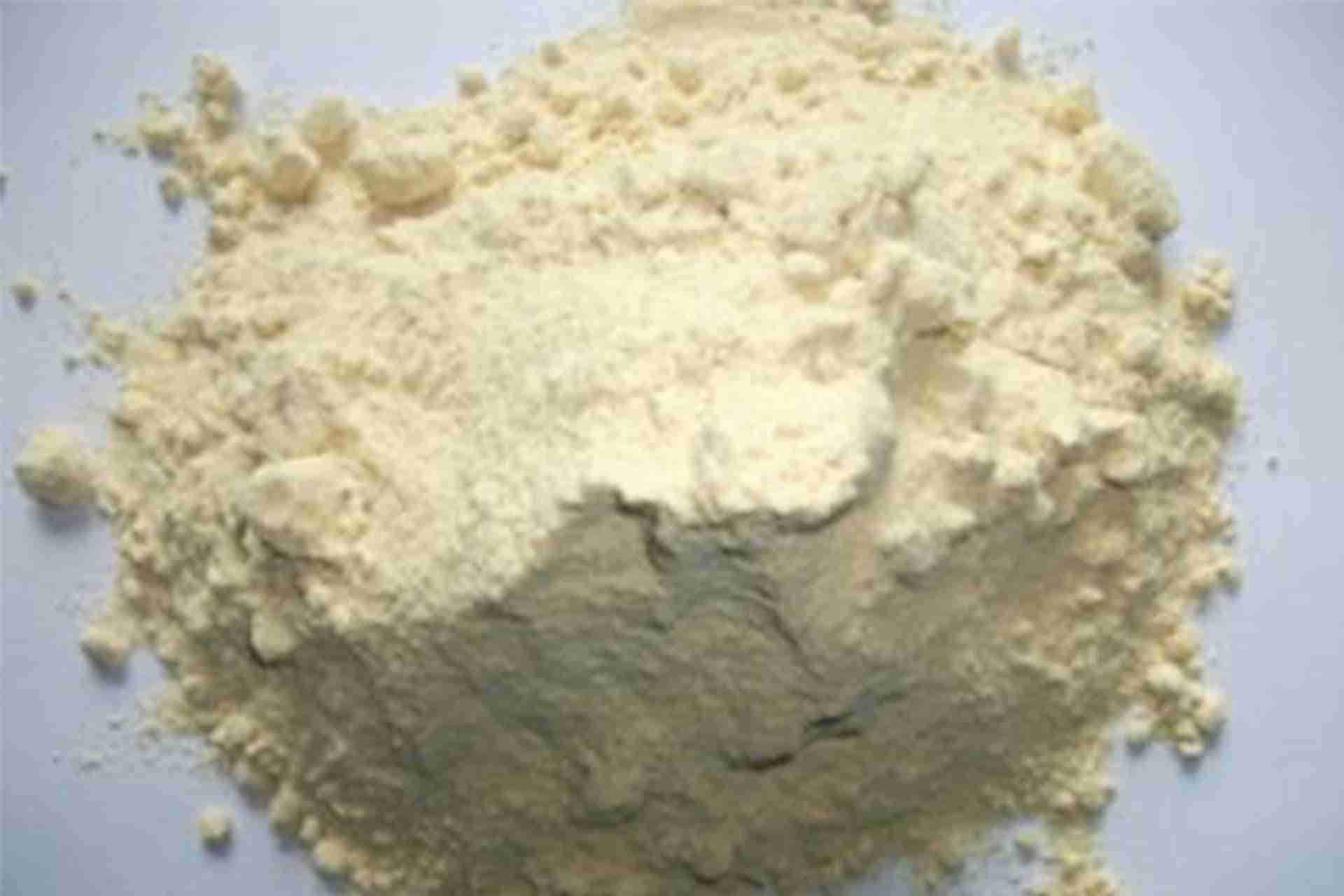 2.Dairy products: Soy protein isolate is used to replace milk powder, non-dairy beverages and various forms of milk products. It has comprehensive nutrition and does not contain cholesterol. It is a food substitute for milk. Soy protein isolate is used in the production of ice cream instead of skimmed milk powder, which can improve the emulsification properties of ice cream, delay the crystallization of lactose, and prevent the occurrence of “sanding”.

3.Pasta products:Adding no more than 5% of protein isolate when producing bread can increase the volume of bread, improve the color of the skin and extend the shelf life; when processing noodles, adding 2 to 3% protein isolate can reduce the breakage after boiling. The strip rate increases the yield of noodles, and the noodles have good color and taste similar to strong flour noodles.

Soy protein isolate can also be used in food industries such as beverages, nutritious foods, and fermented foods.

Tissue protein, also known as chemical protein or vegetable protein meat, is a kind of lean meat that is made from soybean defatted protein powder as raw material, pulverized, mixed with water, and specially processed in special puffing equipment. Protein food. The so-called tissue protein refers to the rearrangement of the protein molecules after processing and forming, with the organization structure in the same direction, and the formation of fibrous protein after coagulation. 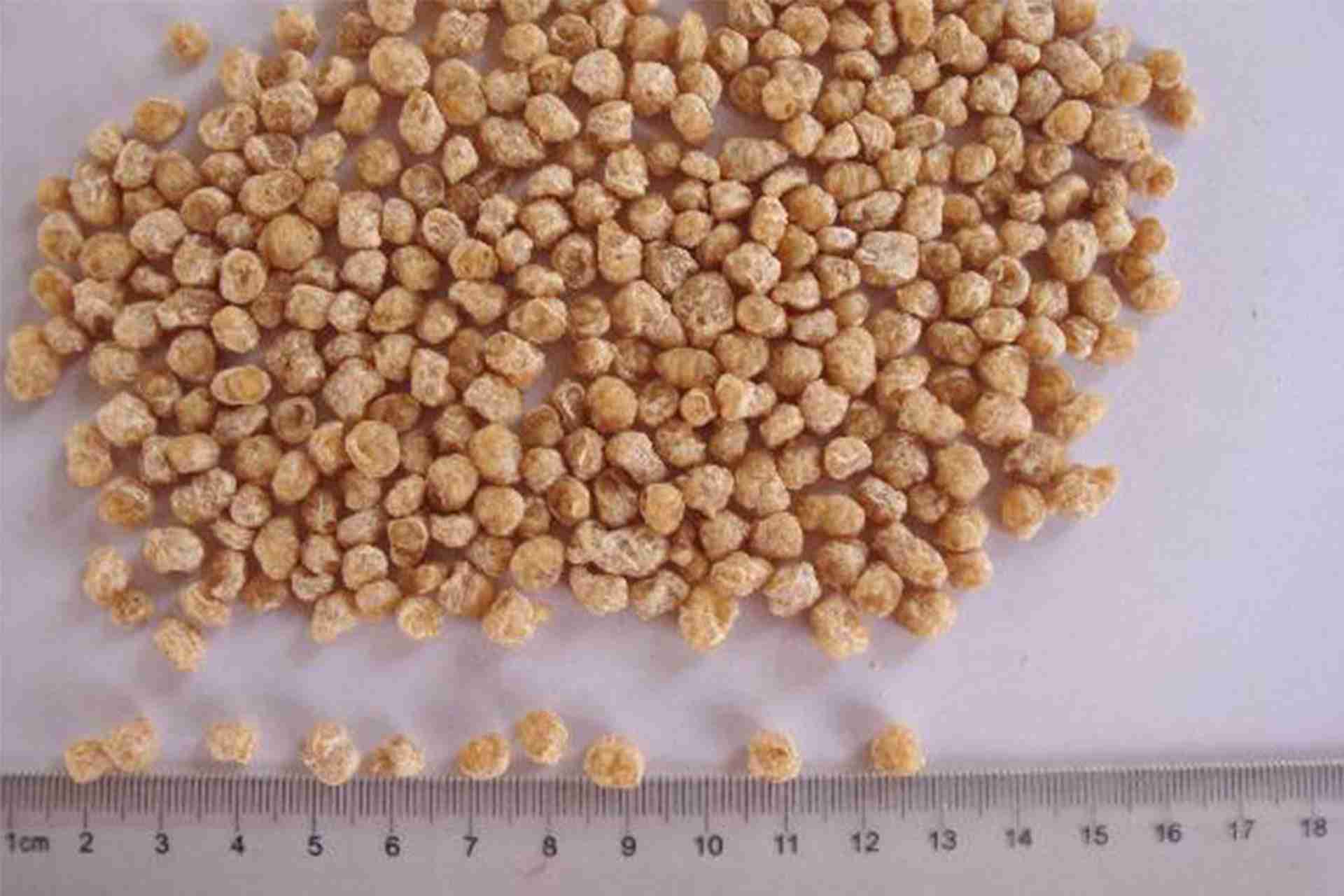 2.After a short period of high temperature, high moisture and pressure conditions, it eliminates a variety of harmful substances contained in soybeans (trypsinin, urease, saponin and hemagglutinin, etc.), and improves protein absorption The digestibility of the soybean starch has been significantly improved by heat treatment. It should be pointed out here that although the puffed protein has strong denaturation and the PDI value of the product is about 10%, the destruction of essential amino acid components is very slight (the root determination statistics only lose 5.5-33%).

3.During puffing, due to the rapid decompression and explosion at the outlet, it is easy to remove the unpleasant odor substances in soybeans and reduce the gas production caused by the action of polysaccharides after soybean protein is eaten.

1.Adding soy protein to fast food can improve the balance of cereal protein and amino acids and increase the protein content.

2.In fried foods, adding 2-5% soy protein can prevent the fat from penetrating into it. When the fried food comes into contact with the hot oil, it will form a closed surface on the surface, making the fat difficult Penetrate into the inner layer, which can save oil.

3.The defatted soybean flour is used in cakes, which not only increases the protein content, but also improves the baking color, prolongs the storage time, and can also make the cream gelatinous and improve the mouth capacity.

4.In frozen foods, soy protein can partially replace milk powder. Because of the cohesiveness and water absorption of soy protein, the product can maintain good shape. European and American countries also use soy protein to make “instant soy milk” as a substitute for milk for essential needs. After young children eat this soy protein isolate, they will not have bloating, and will not smell bad in their stools, especially for those who have milk too much, and are more effective. 5. Adding defatted soy protein to flour products can improve the quality of protein in flour and increase protein utilization. American researchers have found that flour contains gluten that affects gluten fermentation, and defatted soy flour can release the gluten, which is conducive to the fermentation of yeast in noodle products. At the same time, soy protein contains lipoxygenase, which can decompose carotenoids in flour and play a bleaching effect. Soy protein also contains reducing sugars, which can make the surface of the bread golden yellow during baking. In addition, because of the high water absorption of soy protein, the bread is not easy to age and denature. The general addition amount is 3-5%. When soy protein is added to wheat flour to make noodles, it can increase the moisture of the noodle embryo. When the same amount of water is added as the noodles without soy flour, the noodles with soy flour have good elasticity, resistance to cooking, high noodle yield, and cooked noodles. The appearance is good in color, and the taste is similar to noodles made of strong powder. The addition amount of defatted soybean powder is 5-10%, and the noodles are yellow. But the amount should not be too much, otherwise the beany taste will be heavy.

B.Adding soy protein powder to dumplings can not only replace lean meat, absorb too much animal and vegetable fats, but also improve the flavor of dumplings and keep dumplings in perfect shape.

The fat, lecithin and protein contained in soy protein powder are in a very finely dispersed state, which makes it particularly effective. It is not easy to become acidic and easy to digest. It contains a high content of plant soft phospholipids, which is particularly beneficial to the nervous system. Soy protein powder has a strong emulsifying ability, which can effectively inhibit the separation of oil and water in the confectionery materials and fillings. It can still improve the brittleness of fat, making it more suitable for consumers’ taste. It can improve the waxy texture and sticky texture when eating, enhance the creamy taste, and inhibit the generation of aging. Many oil-containing candies, such as chocolate and candies containing coconut, are prone to oil corruption. In order to prevent For high-quality corruption caused by oxidation, antioxidants are generally added, but according to modern requirements, chemicals are no longer applicable. . Soy protein powder contains a variety of natural antioxidant components. Adding them to candies can inhibit the oxidation of fat in candies by air, significantly prolonging the shelf life of the product without compromising its flavor. In any type of candy filling, as long as the soy protein powder is added, the shelf life can be extended. The addition of soy protein powder generally does not affect the original formula of the product, and its addition amount is about 3% of the total mass of the product, or 10% of its oil content.

Because some materials contain oil and moisture at the same time, the high viscosity formed by them may affect its operation, which can be improved by adding soy protein powder. This type of material often sees free grease or free water in actual operation. Soy protein powder can achieve amazing results when used in the above situation. For example, adding soy protein powder to sugar that has already started to seep oil or water can make it blend smoothly. The sugar core semi-finished products of Qiaoli coated products are easy to squeeze free oil out of the surface during operation. When chocolate coating is applied, this layer of surface oil film is easy to produce quality questions, causing the product to appear surface frost in a short time, forming a gray surface layer. Under the above circumstances, soy protein powder can be effectively used for the surface coating of prefabricated sugar cores. It can absorb the exuded oil to prevent the formation of a continuous surface oil film. In this respect, soy protein powder can at least act as a surface frost inhibitor.

1.Utilizing the emulsification of soy protein, it can be used in sausages to prevent oil separation and aggregation. Due to the strong water retention of soy protein powder, the weight loss of sausages during the smoking process is small. The quality is not affected, the surface of the tissue is slightly rough, but the internal organization is good, the flavor is good, and the mouth feel is good.

2.At present, my country and European and American countries have widely used soy protein isolate in meat products and aquatic products. On the one hand, it helps to improve the product’s organizational structure (adhesion, water retention, emulsification, etc.), and at the same time, it can reduce production costs. Improve its nutritional value.